March 23, is National Puppy Day, and there is a new cast of animated characters helping to promote the adoption of dogs all over the world – the Super-Doggies.

The Super-Doggies are a trio of animated singing dogs featured in a music video encouraging people to visit dog shelters with hopes of giving abandoned puppies a caring home. The Super-Doggies feature Barack Obama’s dog, Bo and Vladmir Putin’s dog, Buffy.  In fact, in this video both world leaders join their dogs for a global dance party.  Lending a hand in the creation of this video is none other than Eugeniy (Eugene) Kuritsyn, the 2012 Oscar award-winning animator of Rango.

Eugeniy has teamed up with Grammy Award winning producer Neal Pogue who works with musicians like Nicky Minaj, Lil Wayne, Outkast and Pink.  The effort is also getting guidance from marketing veteran Bruce Kirkland who directed The Beatles Anthology project, the Beastie Boys, the Spice Girls, Radiohead, and Everclear.

bless the dogs & the children contest

unleash your paws and enter our new contest and you might win dog food, dog bowl, dog treats and more…

To enter, just send a copy of The Lost Dogs book by Jim Gorant to the White House as suggested by BadRap, or if you have already sent one, let us know, and you will get a special surprise,  http://badrap-blog.blogspot.com/2011/01/worthy-white-house-literacy-project.html

just take a photo of your pet(s) (dog, cat, hamster, goat, chicken, rabbit, snake, whatever) and write a short creative note and send us a copy of the note/photo, jpg/gif copy, and you can win dog food, dog treats and more.

Kids are encouraged to enter this contest with their parents and teachers, they can draw a picture of their dog(s) and send a note to Bo, the first dog, crayon drawings are allowed… poetry is accepted, too… 150 word maximum.  Short and sweet, creativity, best photo and most dogitude will win prizes.

Send a copy of your entry to us by jan 23, 2011 and you can win and be published… do good. it’s that easy… breezy… tell all your doggie friends/pals, friends, family and neighbors…  It’s for a great cause.

Some of the prizes include pet food, dog treats, toys, bowls and more…

Some of the yummy prizes:

Nature’s Logic®  has created the first and only full-line kibble, canned, and raw frozen pet food in the world with no chemically-synthesized ingredients. All Nature’s Logic foods are 100 percent natural with no man-made ingredients.

Visit Nature’s Logic and select the food, and flavor of the food, you’d like to receive for your dog. Winner will receive a voucher to be redeemed at local or online retailer. Choose one of the following:

Loving Pet bowl and treats yummy treats that Cici barks for, sneaky way to get veggies and fruits into your dog’s tummy and a slobber-proof bowl to eat food out of

a 7.25lb bucket of food (your choice of which food)

Please join me and the pit bull positive owners, here 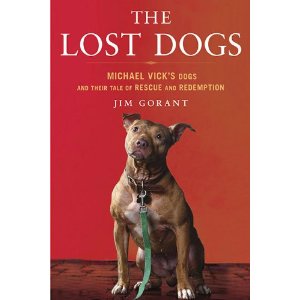 Jonny Justice and Donna Reynolds from BadRap on Rachael Ray

send the POTUS (President of the US)/White House a copy of the Lost Dogs book by Jim Gorant if you can.

Does the Trojan corporation get a phone call from President Obama if it gives Tiger Woods “a second chance” with an exclusive multimillion-dollar condom endorsement deal? Would Trojan then be about the business of changing the perception of/leveling the playing field for philandering professional athletes? Imagine the campaign slogan…
“Unleash the Tiger in your pants! Got Wood?”

Michael Mountain, one of the founders of Best Friends Animal Sanctuary, speaks out about vick and President Obama.

Rehabilitation starts with acknowledging what you did.  vick has never admitted doing anything personally that he did.

yes, now we’re cooking, huffpost has posted an article about best friend’s blog and polled people if they think obama owes them a call, 80% said yes, please chime in, thanks !!!

obama should call badrap too for that matter, they took care of a lot of the dogs, too, and I called the white house, it was great, send obama the lost dogs book, we are having impact for GOOD, http://www.huffingtonpost.com/2010/12/30/michael-vicks-dogs-call_n_802700.html

ok, finally Best Friends weighs in, been harassing them all with emails…other people probably have, too…. yay !!!

here is what I wrote:

85% in usa today poll say vick should never own a dog. he said he would still be dog fighting if he had not been caught. he never was charged with animal cruelty though he killed dogs with his bare hands for fun & profit.

i met 3 of the dogs. never let vick near bo. we can forgive but never forget. playing football is not a standard by which to let a dog killer near dogs ever again.

Here is the petition letter…

I would add that if Obama was trying to win Pennsylvania votes, that strategy was POOR JUDGEMENT, wrong for the country and that you will not vote for him unless/until he changes his stance.  I hesitate on this because I know that his opponents are jumping on this (Fox News) to hit him over the head with… sometimes I think Obama self-sabotages. Still, there is NO ROOM for politics when dog’s lives are at stake !!!

It has been reported that you felt compelled to call the owner of the Philadelphia Eagles football team, Jeffrey Lurie, to “thank” him for giving dog-fighter, Michael Vick, a second chance. It is baffling that you would step into the ring surrounding this controversial individual who has killed dogs in heinous ways with his own hands and barely served 2 years jail time for his actions. For some reason, you did make this choice, and as a Pit Bull advocate – a dog advocate – I cannot sit back and allow you to think you’ve done the right thing without hearing from my side.

There is no rehabilitation for this type of criminal. Particularly when the perpetrator himself has repeatedly said that he would still be fighting (killing) dogs if he hadn’t been caught. He has refused, time and again, to meet the rehabilitated survivors of his abuse – which would be a critical step in the right direction for him making amends with the dog community. Now he claims to want another dog in his home for his children – an arrogant statement only meant to fuel the fire he has created since his arrest. He deserves no such opportunity – ever.

It is particularly disconcerting to me that you have chosen to commend the criminal but have not once acknowledged the victims of his actions or, for that matter, the law enforcement officers and dog experts who handled the case. Until you meet some of these dogs, read the book The Lost Dogs by Jim Gorant, and commend the people involved in ending the Bad Newz Kennel operation, I don’t see how you can embarrass yourself by making this phone call. You should apologize immediately for this decision.

this is a blog hop, i put in code, did it ten times, hopefully it will get you to where you are supposed to go…

by now you have probably heard about Bo, the Obama’s cute new dog… i

it turns out that the Obama girls just received their new pet dog from Ted Kennedy, a dog named Bo… Bo is not from a shelter… but he is second chance dog… this is his 4th or 5th home… not sure why… he is cute as a bug …